COMIO Smartphones, the recently launched mid-segment smartphone brand has received an overwhelming response on “Overall Brand Satisfaction” according to the Cyber Media Research on Budget Smartphones Channel Audit Survey 2018. The research report captures the preferences and perspectives of traditional multi-brand smartphone retailers around ‘Value for Money’ (<INR 10,000) Smartphone segment. COMIO is the only new brand with a positive and healthy Net Promoter Score.

Mr. Sumit Sehgal, Chief Marketing Officer, COMIO India adds, “Building a strong offline distribution network has been an extremely critical factor and is a vital part of our growth plan. The response towards the brand has been tremendous, not just from consumers but also our distributors and retailers. We are thrilled to have scored the highest rank in both product quality & sales support by CMR and are overwhelmed to be announced as #1 company under emerging smartphone brands.”

In the ‘Value for money’ segment, COMIO ranked the charts and scored the highest leaving all the other budget brands behind. This is a result of COMIO’s product and R&D team that has worked relentlessly to pack smartphones with utmost attention.

In terms of Sales Support, having entered the India market only recently, retailers have given a thumbs-up to COMIO (88%) and have ranked it as the top recommended brands.

In ‘Distribution’, COMIO scores high for availability of running models, as well as for on-time delivery.

Satya Mohanty, Head- User Research Practice at CMR said, “It is interesting to note that retailers have ranked, COMIO, a relatively young youth-focused brand, first amongst emerging smartphone brands launched in 2017. COMIO has performed exceptionally well, scoring high on both product satisfaction and sales support. More remarkably, at an overall level, COMIO is ranked equally, or next only to an established brand, like Lava on various parameters.”

Demand of Comio Smartphones are growing day by day in offline markets. No Doubt Samsung, Vivo and OPPO are the biggest players in offline market right now but Comio is offering the smartphones in a budget range so that everyone can afford it. Comio is also giving some cool offers like extra 30 days warranty, Buyback offer, Upgrade offer and these offers really works when your main customers are in the offline market.

Most of the people look for after sales service and where these offline brands play a great role. Everybody know that Xiaomi products are awesome and have the best configuration at cheap price and even Mi is now considered as the #1 most selling brand in India but from the other side their after sales service literally sucks. So if you want to buy a Mi Product you have to lucky for that, first of all it’s very difficult to buy Mi Phones on flash sales and then if something went wrong in your phone then you have to through the phone into the bin because Mi Service centre will kill your time only and will not do anything.

Customer Support Team and after Sales Service are the two things where every brand should put more attention than selling the devices. 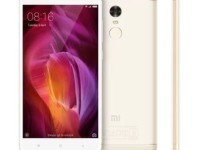