WhatsApp on all Android Devices

WhatsApp started rolling out in India last month but was restricted to only few users and was working mostly on Nexus 5 and with Lollipop 5.0 Android Version. But in the last week WhatsApp free voice calling arrived officially in India and the WhatsApp free voice calling feature is now available for all Android Devices and for all Android Versions.

But from the last two days WhatsApp Voice calling Activation Servers are temporarily down. Might be WhatsApp is giving this feature to selected users and selected regions first. But I received this WhatsApp free Voice Calling feature on the same day when it was arrived in India.

I am on Android 4.4.4 KitKat and I received this Voice Calling Feature, then I tested on my friend’s phone. He was on Lollipop 5.1. After this, I started testing on Jellybean and even Gingerbread and the same works fine in these Android versions.

Android Versions on which I tested this WhatsApp Free Voice Calling feature are:

Android Devices on Which I tested Free Whatsapp voice calling are:

And also on many other Android Devices and the WhatsApp free voice calling is working fine with these android devices.

WhatsApp Versions or Apks on Which I tested WhatsApp free Voice Calling are:

But Currently the WhatsApp servers are down, don’t know what is the reason and due to server down, no one is now able to activate Free WhatsApp voice calling Feature in his/her phone. But you just keep on trying to get is activated by receiving the whatsapp call from others because we don’t know when the servers will be up and you will get this feature.

Also Read: WhatsApp Web Version – How to use WhatsApp on Laptop/Desktop.

You May also Like : Lollipop 5.1 Starts Rolling Out in India On Android One Smartphones. 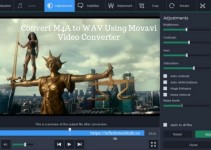