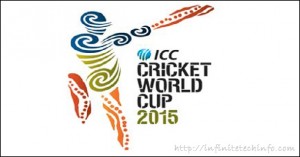 India’s World Cup preparations went for a toss as the much hyped pre-world cup Tri-Nation Tournament for India concluded earlier than expected. India did not manage to win even a single match in the tournament against either Australia or England. Having been winless on the entire tour of Australia, it was expected that fortunes would turn around rapidly for the Indian team once back in colored clothing. But the champion team of the 50-over format are far from their best.

Widely seen as the major strength of Indian team in their title defence, the batsmen seem to have got off the boil.

Shikhar Dhawan has been out of form of late and with the mix of bouncy pitches and the world cup pressure, it would be pretty difficult for the opening batsman to get back into his sublime form.

Virat Kohli, the X-factor of the team, seems to have lost a bit of form heading into the world cup as can be seen from his poor average in the tri-nation tournament. The Indian think tank has been tinkering with his batting position continuously. He has been India’s most accomplished and successful batsman at the no. 3 position. The Indian team needs to take notice of the World Cup of 2007 in which Sachin Tendulkar was not allowed to bat at his position and the team had to face the consequences in the form of a Group stage exit from the world cup.

Suresh Raina and MS Dhoni, the pillars in the middle order of the Indian team have failed to get going right throughout the tour. The lack of form of these two stars remains a huge concern for the Indians. The sooner they get back to their original self, better it will be for the defending champions.

Rohit Sharma, despite a well-made century in the first match of the tri-nation tournament, has not had enough games under his belt due to injury woes which can also be of huge concern for such a big tournament as World Cup.

The only bright spot among the batsmen seems to be Ajinkya Rahane, who’s been in the form of his life for quite some time now.

India’s bowling has always been a reason of concern. Though this time, the worry is a lot more in this department. Due to the lack of experienced bowlers, India’s struggle in the world cup is most likely to increase. It would be test of steel for these bowlers in the biggest cricketing event of the world.

Bhuvneshwar Kumar, the only hopeful bright spot, looks far from his usual self. It seems as if he’s still not fully fit going into the world cup and has not got enough games under his belt. His lowly speeds of 110-120kmph are a proof of his struggle.

The other fast bowlers in the likes of Mohammad Shami and Umesh Yadav seem to be lacking big time in time in their line and lengths and are thus leaking far too many runs.

The slow bowling department is no exception. Ravichandran Ashwin and Axar Patel are finding it pretty tough to curb the flow of runs in the tough conditions Downunder.

One can’t expect much from Ravindra Jadeja and Ishant Sharma having not played enough games in the build-up to the World Cup, thereby again raising questions on their inclusion in the side by the selection committee.

The unwanted injury list seems to be growing for the -already hampered by injuries- Indian team. Rohit Sharma has joined the likes of Ravindra Jadeja and Ishant Sharma in the list. Bhuvneshwar Kumar, having been rushed into the 4th test match of the just concluded test series, is also not 100% fit to say the least, as seen from his bowling speeds.

India’s team’s chances to lift the world trophy this time seems to be very bleak considering the above described factors. They would have to get their act quickly if ever they want to any chance to even compete in the knockouts. MS Dhoni would have to be his usual unconvential self in handling this team which seems to be completely out of sorts at the moment.