Russian hackers exploit the vulnerability in the webcam security to access the personal data and in-house activities; streamline live on website 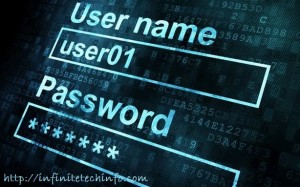 The Russian webcam attack are just the alarm bells for the low security of home network. Webcams around the world which were hacked by Russian hackers is just the warning of what can happen to their webcam networks in future, if the webcam customers do not secure their connected homes. We are talking about the webcam default password.

Recently news came that the Russian hackers have hacked the webcams around the world and broadcasted the live stream on a website. Actually this was a stunt, and the motive of this stunt was to draw the attention of the customers to the low security of their webcams. The victims which were involved in this stunt had not changed their default passwords.

Vincent Steckler, the CEO of Avast, told Venture Beats that, “Basic issues have been known for years and years regarding hack of webcams”. The customers are also responsible for not changing their default passwords. About 63% of the routers run on their factory setted passwords. What is more scary, is what will happen when the webcam customers fail to secure their connected homes therein, says Steckler.

As we produce the products like smartlights, thermostats, and other products that connects to Wi-Fi, our networks start to look like businesses and we have cybersecurity for our businesses. So, it is not easy to hack a network with such cybersecurity resources. While home connected network does not have the same resources. Every device which is connected can serve as a gateway into a home network.

You may be thinking how much damage a home-network hack can do? For a particular person the worst case scenario will be broadcasting the activities of home live on websites. But there are still potential hacks. Casey Ellis, CEO of bug bounty manager Bug Crowd, told Venture Beats that a hacker could get into your connected light, switch on and switch off your light a hundred times per second, which is annoying and can set a fire in your house. 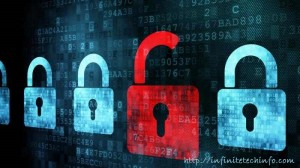 Ellis said that hackers can access a computer network, encrypt a user’s file, and then can demand a financial sum in exchange for a key, that means a hacker can deny a victim in entering into his/her own house and can demand fees for the entry into the house.

There can also be targeted attacks which are rare to occur. A particularly motivated black cat could access a particular home network for the purpose of robbing or spying by gathering data from the computer network connected to the wireless router.

Ellis had recently worked with home security maker HomeBoy to test its products and said that subjecting its products to big bounty programs is a good way to know how secure a product is on its own. However home security products are only secured due to their passwords. If the customers are failing to change their default passwords their connected products can still be easily hacked.

The only way to make their connected products secured is that the customers should give every single connected product its own individual complex password. So, it will be a difficult job for a professional hacker to hack into your connected home network, said Ellis. Some companies like Netgear is already doing this.

In October, antivirus firm Avast created a security software for wireless routers that will alert the user if their password has not been updated and point to other problems in their connected home network.