OPPO is known for its best Selfie Camera. OPPO has recently launched OPPO F3 Plus in India. OPPO F3 will come with dual front facing camera perfect for Group selfies. OPPO F3 is expected to have an Amoled 5.5 inch HD display. OPPO F3 has 20MP front facing camera with LED Flash and the rear camera is 16MP with LED flash.

The Oppo F3 runs on ColorOS built on the top of Android 7.0 Nougat OS. The UI on the F3 has an entirely different appearance than that of the stock Android, as Oppo has removed the application drawer and changed the overall theme. However you can use any other Launcher like NOVA etc if you don’t liked the ColorOS.

The Oppo F3 comes with Oppo’s VOOC (Voltage Open Loop Multi-step Constant-Current Charging ) fast charging technology; it is among the fastest charging technology available in the smartphone market right now. VOOC at present, is able to charge certain OPPO devices from 0 to 75% in just 30 minutes. In contrast to Qualcomm’s Quick Charge technology increasing the voltage during fast charging, VOOC uses a higher current than normal USB 2.0 charging. Thus, VOOC operates at 5V and 4A. For transferring higher currents of 4A, VOOC requires both a special wall adapter and special cables. The VOOC Flash Charge circuit technology reportedly lowers the temperature of the charging adapter, and creates an interface from the adapter to the phone, which improves the speed and safety of the charge.The Oppo F3 is fuelled by a 3,075 mAh non-removable Li-Ion battery.

The Expected Price of OPPO F3 in India is Rs 17,999 and it comes in Gold Variant only.

Note: These Specifications and Price are not officially announced. So these are just the expected Specs and Price. We will update you once it is officially Launched.

Check out the other OPPO Phones 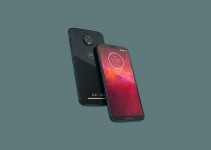