Native or Hybrid Apps: Things to Consider When Developing a Mobile Platform for Your Business 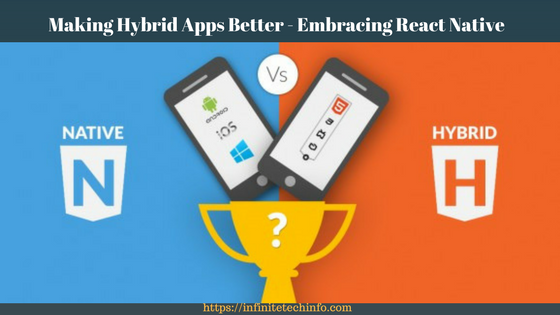 Everybody has an idea about what hybrid apps are but very few people have clarity when it comes to the difference between web apps, hybrid apps, and native apps. To make it simple, let us try to understand what all these 3 types of apps are:-

We, at Citryx Solutions (Mobile App Development Company), focus on developing hybrid apps and help businesses go mobile quickly and cost efficiently. The advantage that Citryx Hybrid App Team offers is that you can get a cross-platform mobile app for your business in almost 4-5x times less the cost than a native app.

Also Read: Why Websites are Important for your Business?

The reason that Hybrid apps are cost effective is – they are built with technology many developers already know (like JavaScript, or HTML5 and CSS) that’s wrapped in a container allowing it to run natively on a device. Hybrid apps were considered to be less effective by some critics but recent development trends have shown that businesses – from small scale to multi-billion dollar corporations have realized the power of Hybrid Apps.

At Citryx, we have incorporated Native React into our development process to make Hybrid app perform similarly to the native apps. Below are some key points which explain the power of React Native framework –

1. IT COVERS IOS AND ANDROID

Facebook had initially just supported iOS with React Native but it also added support for Android later. Facebook also made React Native open-source, with the idea that compatibility with other platforms like Windows or tvOS could be worked on by the development community.

compile directly to native. Components you’d use in iOS or Android have counterparts right in React, so you’ll get a consistent look and feel.

This component-based structure also allows us to build apps with a more agile, web-style approach to development than typical hybrid frameworks, but without any web at all. The app will have the speed, look, and functionality of a native mobile application.

3. WE HELP YOU GROW YOUR CURRENT APP —WITHOUT ANY CODE REWRITING AT ALL

This is a huge bonus for businesses that want to augment an existing app but don’t want to overhaul it.

We help you incorporate React Native components into your existing app’s code.

4. IT’S ONE OF THE TOP MOBILE JAVASCRIPT FRAMEWORKS AMONG DEVELOPERS—AND GROWING

When Citryx Explore team decides to implement a new technology, especially Open Source ones, we are very careful about the community support and developer base that it has. And with Native React’s growing developer base, we trust their involvement and help. React is still new, but it’s maturing quickly and Facebook has stated it plans to continue investing in its growth.

5. REACT NATIVE IS ALL ABOUT THE UI

React Native is focused solely on building a mobile UI. Compared with JavaScript frameworks like AngularJS or MeteorJS, React Native is UI-focused, making it more like a JavaScript library than a framework. The resulting UI is highly responsive and feels fluid thanks to asynchronous JavaScript interactions with the native environment. This means the app will have quicker load times than a typical hybrid app, and a smoother feel.

Whereas native app development is usually associated with inefficiency, less developer productivity, and slower time to deployment, React Native is all about bringing the speed and agility of web app development to the hybrid space—with native results. 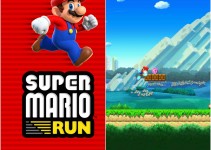