Xiaomi has started 2016 with the release of its new Redmi Note 3, a phone that was launched in China in 2015. The major difference being that the Redmi Note 3 in India will be housing the Qualcomm Snapdragon 650 chipset whereas the one which was launched in China with the MediaTek Helio X10 processor. Apart from being the first Xiaomi phone with a full metal body, this is also Xiaomi’s first foray into fingerprint scanner sporting handsets.

Watch the Glass and Scratch Resistant Test by Xiaomi India Below:

Full Features of MIUI 7 : Watch the Video Below:

Watch The Battery Review by GeekyRanjit Below:

Xiaomi has clearly delivered enough goods in the market but with Redmi Note 3 features made us to recommend for it. While it comes in two variants: 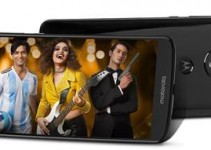