Home
MOBILE OS
Marshmallow 6.0 will roll out for nexus devices in the next week

Marshmallow 6.0 will roll out for nexus devices in the next week 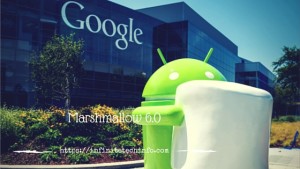 Google on 29th September announced that the new Android 6.0 Marshmallow be available for update/download from the next week during the month of October, it also reveals that Nexus smartphones & tablets are firstly available for updates of 6.0 marshmallow while the other devices received update to a determined time. Nexus 5, nexus 6, nexus 7 which were launched in 2013 & also Nexus 9 tablets will start receiving updates of new android version. As according to the information Nexus 4 & Nexus which were launched in 2012 & also nexus 10 will not receive the 6.0 Marshmallow update.

So, in the upcoming week, Marshmallow will be available for download/update in Nexus Devices.