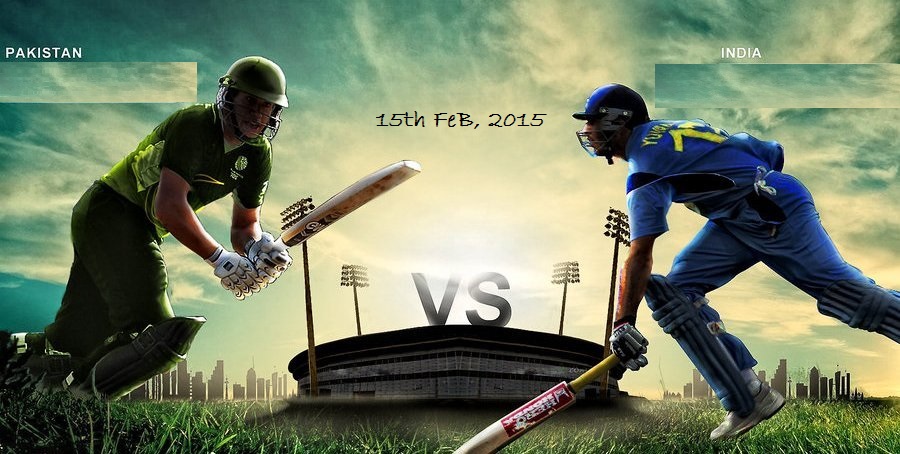 India look to hit Pakistan for a Six

After a wait of four long years, the biggest cricketing extravaganza is back with a bang. What makes this world cup all the more interesting is that none of the teams can be chosen to be the clear favourites for the title.

The cricket world cup is about to start in less than a day and it seems one would not have to wait till the business end of the tournament for the proper cricketing action to begin as India takes on Pakistan, on the 15th of this month at the Adelaide Oval, in what turns out to be the first match of world cup 2k15 edition for both these teams. Such is the enthusiasm of the crowd that even though the match is to be played thousands of miles from the subcontinent, it didn’t take more than 12 odd minutes for the tickets to be sold out.

Making a winning start to a campaign is, no-doubt, important but when it comes to an India-Pakistan contest, it takes the competition to a whole new level. A win for either of the teams and the confidence will sky-rocket for the rest of the tournament. India in particular need to win this one badly as they have been winless in an official match for the whole tour of Australia which started some four months back.

India have never lost to Pakistan in a World Cup fixture. In fact, Indians have always got the better of the bitter rivals winning all the five matches played against them in the previous World Cup editions.  If India ought to continue their domination over their arch-rivals, this time they would have to do it without the services of the batting legend Sachin Tendulkar who had a say in all the previous five encounters between the two sides. What makes it even more difficult is the form of some of the batsmen including that of the batting mainstays Virat Kohli and MS Dhoni, coupled with the poor show of the bowlers.

Inspite of their recent struggles, the Indians still have a slight edge going into their opening encounter against the bitter neighbours. The side which Pakistan have been forced to play in this world cup can at no means be considered a first string side. They also have their fair share of injuries going into the World Cup. Mohammed Hafeez and Junaid Khan have been officially declared unfit for the world cup. The Pakistan Team will also miss the services of the champion bowler Saeed Ajmal as he was suspended by the ICC for illegal bowling action. These major exclusions tilt the scales a little in India’s favour.

Though India would have to be free from complacency otherwise the fortunes could turn rapidly and instead of India making it a 6-0 winning streak, they could end up losing this time.

All in all, the stage is set for the intense battle and with it, India’s Title Defence to be underway.

Please share your thoughts or your predictions that who will win. Your Comments are always welcomed. Drop your comments in the comment box below.

All The Best To The Indian Team In Their Title Defence!!! From “InfiniteTechInfo”