OnePlus One Smartphone Price And Features

OnePlus is a smartphone manufacturer company. It was founded on December 17 2013 in China by Pete Lau. Mr. Pete Lau earlier was the vice president of a smartphone manufacturer company named OPPO. The first smartphone by OnePlus is OnePlus One. The TIME magazine has given this phone a title of “Phone of Dreams”. The phone is available at a price rate of $299 and $349 for 16 GB and 64GB models respectively. This phone is available in two colours, Silk white (16GB) and Sandstone Black (64GB). 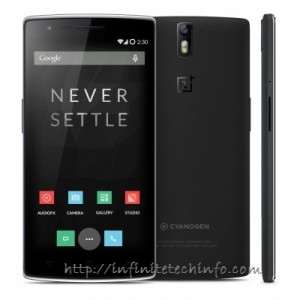 The OnePlus One has a custom version of CyanogenMod, which is named as 11S and is based on Android 4.4.2 KitKat. Later this can be upgraded to Android 4.4.4 KitKat over-the-air. This phone has the OTA support and access to Google Play services including the Google Play Store. The company is also working on a new custom ROM which is based on Android 5.0 Lollipop. The first models with Lollipop are expected to launch in the market in February.

dual LED flash with autofocus. It has a 5 MP front camera. This phone is available with style replaceable black cover. This device uses Snapdragon 801. It has a 3 GB RAM and a 2.5 GHz quad-core Krait CPU. Now that will make it faster in multitasking. The phone does not support the microSD card slot. The device supports 2G, 3G and 4G networks. It is embedded with a NXP PN574 NFC Chip within a black cover which enables this device to have a close range data communication with the other phones. OnePlus One uses both GPS and GLONASS satellites for better positioning in various cities. This phone can obtain its first position fix within a few second even when the conditions are not ideal.

Some more features of OnePlus One

So, upto this we have seen the key features and the amazing price rate. Now we will see some major disadvantages of the OnePlus One.

When you will purchase the phone in retail package, you will not get the headphones. As the phone provides the internal memory of 16GB, so there is no microSD card slot in OnePlus One phone. Now that is really a major disadvantage. The quality of camera of this phone and the size of the images and the videos this phone will shoot will fill up the 16GB space within no time and soon you will run short of memory. But OnePlus has found a solution for that. They had also launched another model with 64GB internal memory space that will allow you to click enormous number of pics. It is bulky and heavy. This model has only limited number of pieces. The 60fps videos in this phone are slowed down. There is no FM in OnePlus One and no IR port. The dual speaker setup in the OnePlus One is mono only. This phone is exclusively sold online and the limited number of pieces and the popularity of this phone will make it very difficult to purchase. So, you need to pay some extra to jump the long queue.

OnePlus One is a really good smartphone and at an amazing rate. It seems that it is a really tough competitor for Samsung galaxy Note 3. The people in India will not be able to purchase this smartphone as this phone is has been banned by Delhi High Court on December 2014. It has been banned because Micromax had filed a case against the use of CyanogenMod software in India. So, the Indian customers have to wait until the ban is removed from this phone. There is absolutely no clue that what the OnePlus One will do regarding the ban on their first model in India. 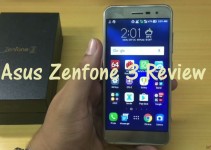