Google Launched Android One Smartphones in India Last Month with the Indian Handset makers Micromax, Karbonn and Spice and mobile operators like Airtel and Reliance. The Price of these Android one Smartphones is Rs 5,999 onwards.

Micromax Android One (Micromax Canvas A1), Karbonn Android 1 (Karbonn Sparkle V) and Spice Android one (Spice Dream UNO) are only available in Snapdeal, Flipkart and Amazon. Android One Smartphones Runs on Android KitKat 4.4.4 Version and Can be upgraded to Android L version also. These all Smartphones have same Specifications and Same Hardware and even almost same price also.  The Hardware is tested by Google and Google said that these Android One Smartphones will receive all Updates for two years. The Mobile Operator Airtel is also offering free 200 MB data usage every month for 6 Months. You can also watch YouTube videos offline (This Feature Coming Soon). Google also offers one year free subscription for Newspapers and Magazines. India is the first Country where Android One is launched. The countries like Bangladesh, Pakistan, Nepal, Sri Lanka, and Indonesia, the Android One Smartphones will be launched in Next Few Months.

All These three smartphones have same Features and Same Specifications.

Operating System: Android One Runs on Latest Version of Android KitKat 4.4.4 and will automatically receive updates for 2 years.

Processor & Memory: Android one has 1.3 GHz Quad Core Processor, 1GB Ram and 4 GB internal memory and is be expandable to 32GB. So, it makes your Android One to run faster and smoother. And also Seamless Multitasking.

Battery: Android One has 1700 mAh Battery that gives you the full one day battery backup.

Google has brought a touch challenge for all Mobile Headset Makers like Samsung, Motorola, Panasonic, Lenovo by launching the Android One Smartphone because at this budget no one giving such features it’s really a great step by Google, Now an Average person can also Afford the Android One. Nokia Android X and Motorola MOTO E are also available in the same price, now there will be tougher competition among these. 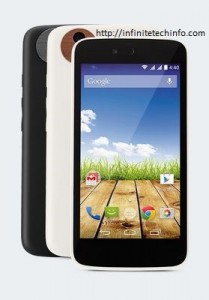 Micromax Android One (Canvas A1)

Micromax Canvas A1 is available on Amazon.in at a Price Tag of Rs 6,499 and also you will get the free 8GB Strontium Memory card. Airtel offers free software upgrades and app updates for 6 Months. Amazon also offers Free Coupons worth Rs 2,000 on Watches, Shoes and on many other things, also a Gift Card of worth Rs 500. 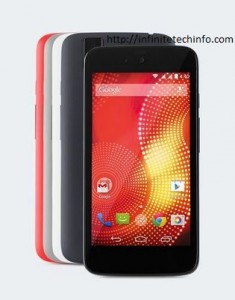 Karbonn Sparkle V is available on SnapDeal.com at a Price Tag of Rs 5,999 and Snapdeal also offers Snapdeal coupons worth Rs 2,000 valid for 2 months and a Recharge of Rs 200 from FreeCharge and Airtel also offers the free software upgrades and app updates for 6 Months.

Spice Dream UNO MI-498 is available on Flipkart.com at a Price Tag of Rs 6,299. No offers from Flipkart only Airtel offers the 6 Month free Software upgrades.

Also Read : Lollipop 5.1 Starts Rolling Out in Android One Smartphones. 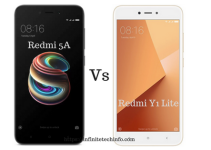